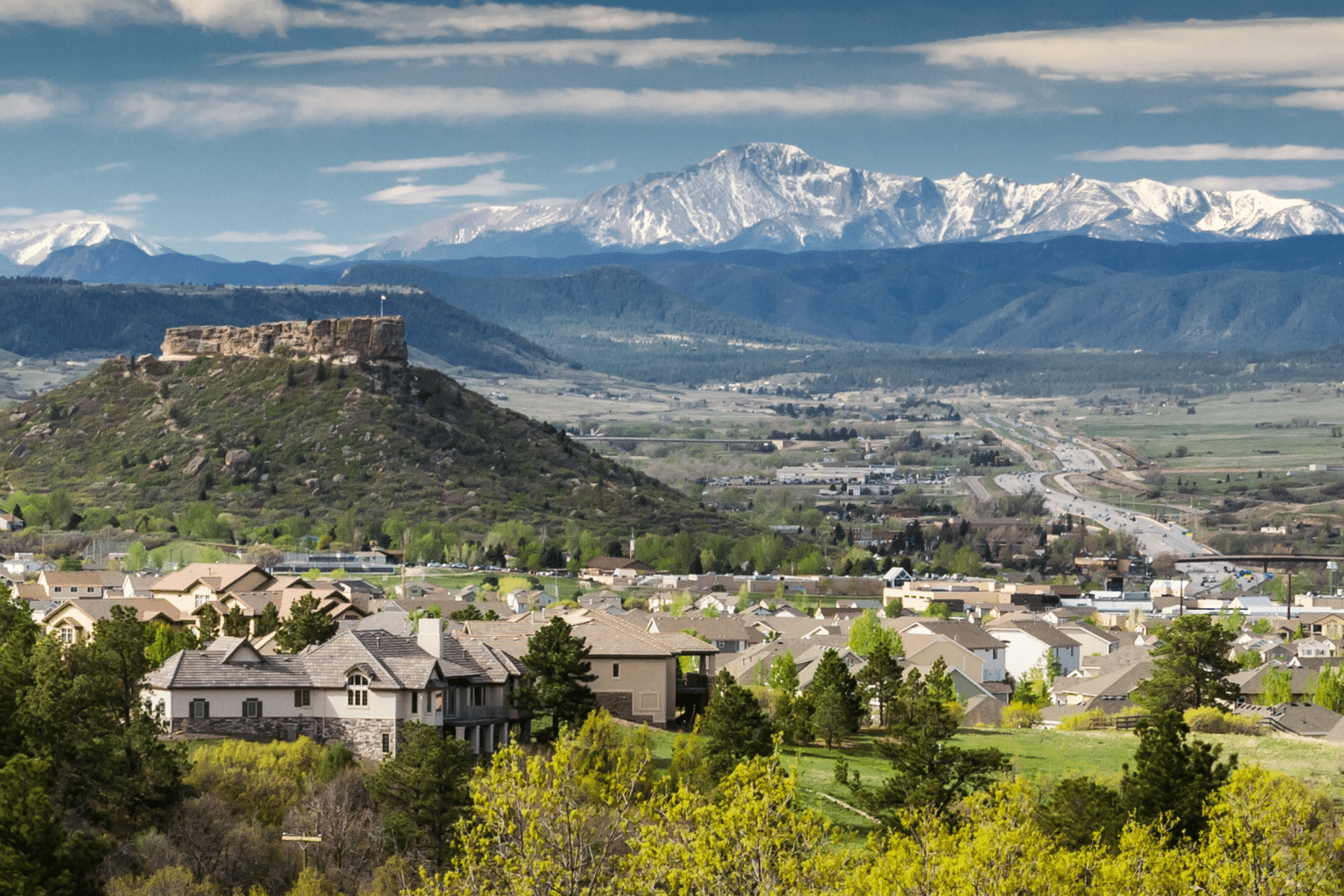 People across the United States are flocking to Colorado, with the state picking up more than 70,000 net residents last year. New residents are moving to Colorado for its economic prowess, unparalleled natural beauty, cultural cache, and affordable luxury. Among the most attractive destinations for new and native Coloradans alike are the picturesque valleys, rivers, trails, and mountains of Douglas County.

This vibrant area has been consistently ranked among those counties with the highest median household incomes in the state of Colorado and nationally, and is smack dab in the middle of the Denver-Aurora-Lakewood Metropolitan Statistical Area- which sits roughly halfway between the two largest cities in the state, Colorado Springs and Denver. The uniquely situated county offers the best of both rural living and major metropolitan access, and offers potential homeowners some of the most gorgeous views in Colorado- or anywhere.

Let’s take a look at a few of the towns and cities that make Douglas County such a majestic place to live.

A 2019 poll by the United Nations 2019 World Happiness Report found that Parker fell within the top 10 happiest cities in America- and for good reason. This affluent community is located in the southeastern corner of the Denver Metro Area, with roots that stretch back to the Pike’s Peak Gold Rush in the early 1860s. Despite a long and storied history involving gold miners, ranchers, farmers, and everyone in between, Parker remained a relatively sleepy pitstop on the way to Denver until the 1980s, when the city was incorporated with a population of just 285 residents.

These days, Parker is home to almost 50,000 residents who reside in more than 20 square miles of serene countryside. Those that are lucky enough to live here enjoy some of the most luxurious and well-appointed homes in the entire state. Many residents commute to nearby Denver for work, but Parker itself is home to many well-paying economic opportunities, primarily in the retail and healthcare sectors. Lots are available for custom home builds in The Timbers, Colorado Golf Club, Pradera and more.

Nearby Denver is known as the Mile High City due to its high elevation for a major city, coming in at 5,280 feet above sea level. Parker’s average elevation outpaces this by more than 400 feet- sitting at an elevation of 5,689 feet, with some neighborhoods sitting at more than 6,000 feet! This above-average elevation is responsible for the truly breathtaking views found in Parker, which overlook downtown Denver, the Foothills, Rocky Mountains, and other areas within the Denver Metro Area.

On particularly clear days, residents of the town can see the awe-inspiring Continental Divide, which is the dividing marker between the Eastern and Western United States. If you are looking for a safe, economically dynamic community with some of the best views on the planet- Parker might be for you. The Pinery and The Timbers are both custom home communities with spectacular views that provide a country living feel with an easier commute to downtown.

-Located 20 miles southeast of Denver, with 3 E-470 interchanges and easy access to I-25

-Sits at an elevation of 5,900 feet above sea level, with some areas even higher

-Regional healthcare hub, with access to some of the best medical facilities in the state

For more Parker, Colorado information, check out their official city website here. You can also check out their Official Visitor’s Guide, which details even more town facts, as well as places to eat, shop, and have fun in Parker.

Castle Rock is another Douglas County town that offers the charm of the Old West, with all of the modern luxuries discerning homebuyers have come to expect. The city is the county seat of Douglas County, and Castle Rock is one of the fastest growing cities in the United States. People are drawn to the town for its vibrant, historic downtown filled with shops, restaurants, and other businesses, as well all of the amenities those in more affluent communities need and desire. Aside from downtown shopping, the town boasts the Outlets at Castle Rock, which is the largest open-air outlet mall in Colorado. Getting from Castle Rock to Denver or Colorado Springs is a breeze, with a 30 and 40 minute drive down I-25, respectively.

Where the city really shines is with its open space, parks, and trails. Within the city sits more than 6,000 acres of open space, almost 90 miles of trails, and 50 municipality developed parks. The town has a population of roughly 60,000 people- many made up of white collar professionals and their families and encompasses more than 33 square miles at the base of the Rocky Mountains- sitting at a sky-high elevation of 6,202 feet, with some developments and properties sitting above that line. This brings us to our next point.

Any discussion of the phenomenal views offered by Castle Rock should start with the local parks and natural recreation areas, with two in particular standing out. The first is the Rock Park Open Space and Trails, which gives visitors access to 62 acres that climb to an astonishing 6,590 feet above sea level. While you can get an even better view by climbing, it is not an absolute necessity as there is an amazing vista from the main parking lot. The second, and arguably most popular visiting spot in all of Douglas County is Philip S. Miller Park.This park, constructed in 2013, offers adventurers 8 miles of trails, Challenge Hill based on the Manitou Incline, a zipline, ropes course, almost full-scale Ninja Warrior Course, and climbing walls.

Of course, homeowners want to know which neighborhoods allow them the best view of the sun rising in the morning over the Rockies- and the good news is that the vast majority of the city sits in areas that have breathtaking views of the surrounding landscapes and mountains, as well as the safe neighborhoods, eclectic shops and businesses, and schools that mark Castle Rock as one of Colorado’s best towns. This scenic area offers custom home lots with breathtaking views in communities like Castle Pines, Pinon de Solei and more.

-Sits at almost 6,600 feet above sea level- creating some of the most beautiful views in the area

-The first settlers to the East Plum Creek Valley, where Castle Rock sits, founded the town in the 1870s

-The town receives nearly 300 days of sunshine a year, making it an outdoor-oriented person’s dream

-Castle Rock is one of the best places to golf in the US, making Livability.com’s Top 10 Golf Cities

There are many cities and counties throughout the country that offer views, luxury, and safety- but few that offer all three in a single amazing location at the base of the Rocky Mountains. If you’re looking for that Old West spirit, combined with the very best homes, schools, and views that money can buy- consider taking a trip to either of these cities- you won’t be disappointed.

Found the perfect lot? Already own land? Call us today to schedule your free feasibility estimate! Know your total project cost before you commit to any decisions. We pride ourselves on a customer-oriented experience, always putting your needs first. You can reach the Thomas Sattler Homes Sales Team at Call (720)449-3562 or online at ThomasSattlerHomes.com. 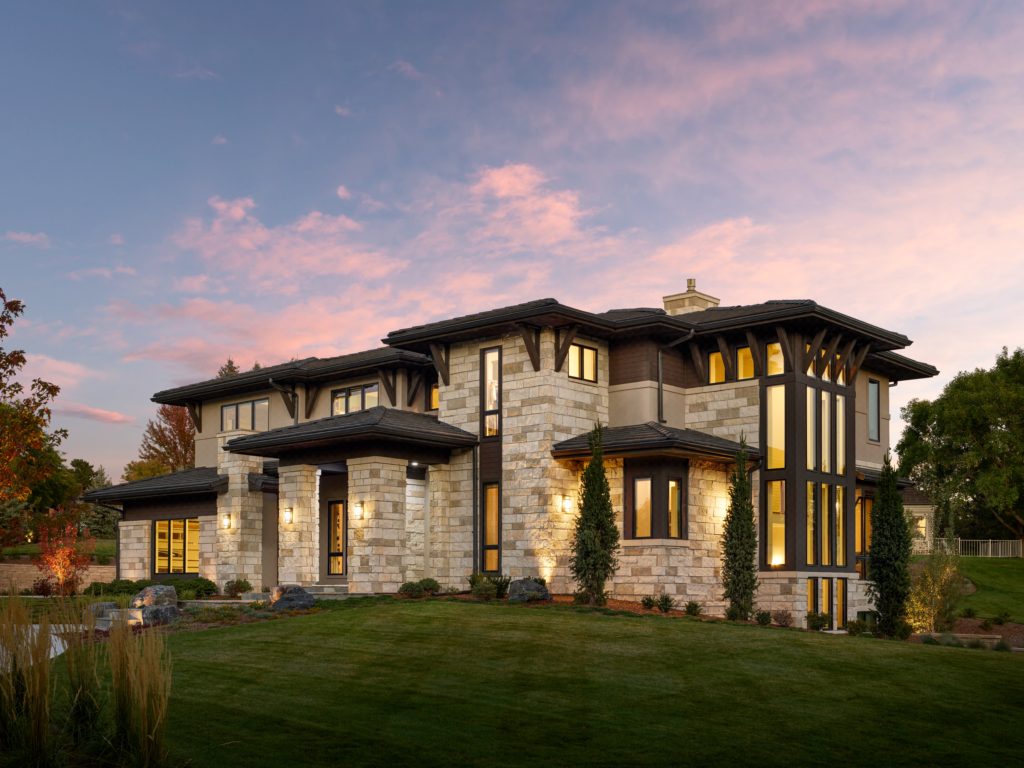 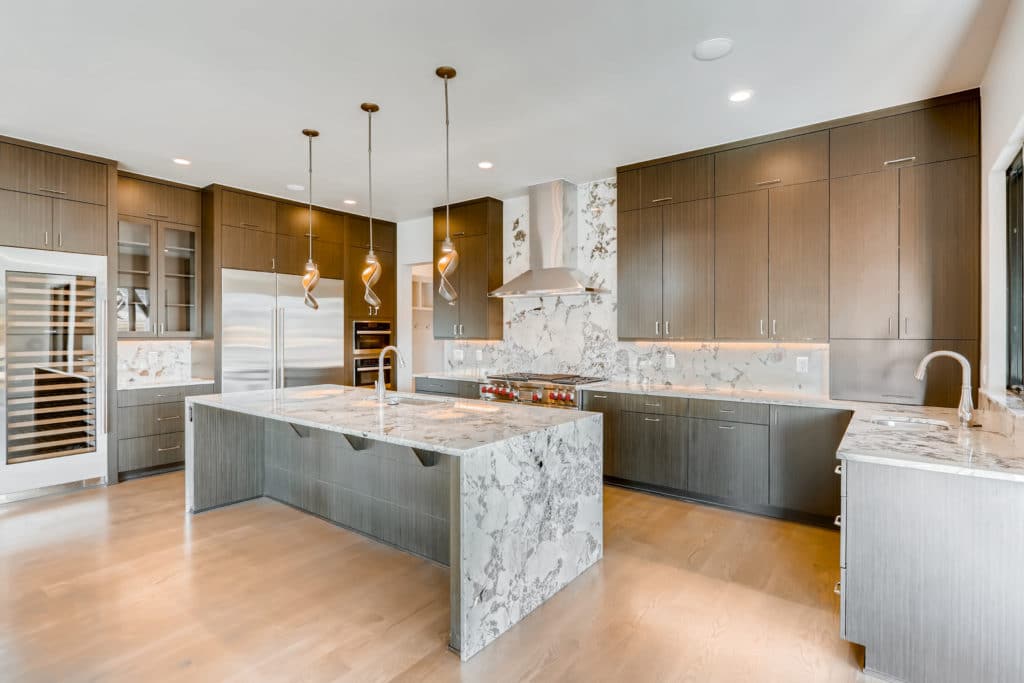 Thomas Sattler Custom Homes is Colorado's Luxury Home Builder. We are family owned and operated and have been serving the Denver metro area for over 20 years. If you are interested in a custom home or just want to learn more. Please reach out to us.

Call us today to schedule your free feasibility estimate! Know your total project cost before you commit to any decisions. We pride ourselves on a customer-oriented experience, always putting your needs first. You can reach the Thomas Sattler Homes Sales Team at <a href=”tel:7204493562″>Call (720)449-3562</a> or online at ThomasSattlerHomes.com.